Anna Torv Looks Like Carrie Coon: Are They Related to Each Other? The Last of Us Update! 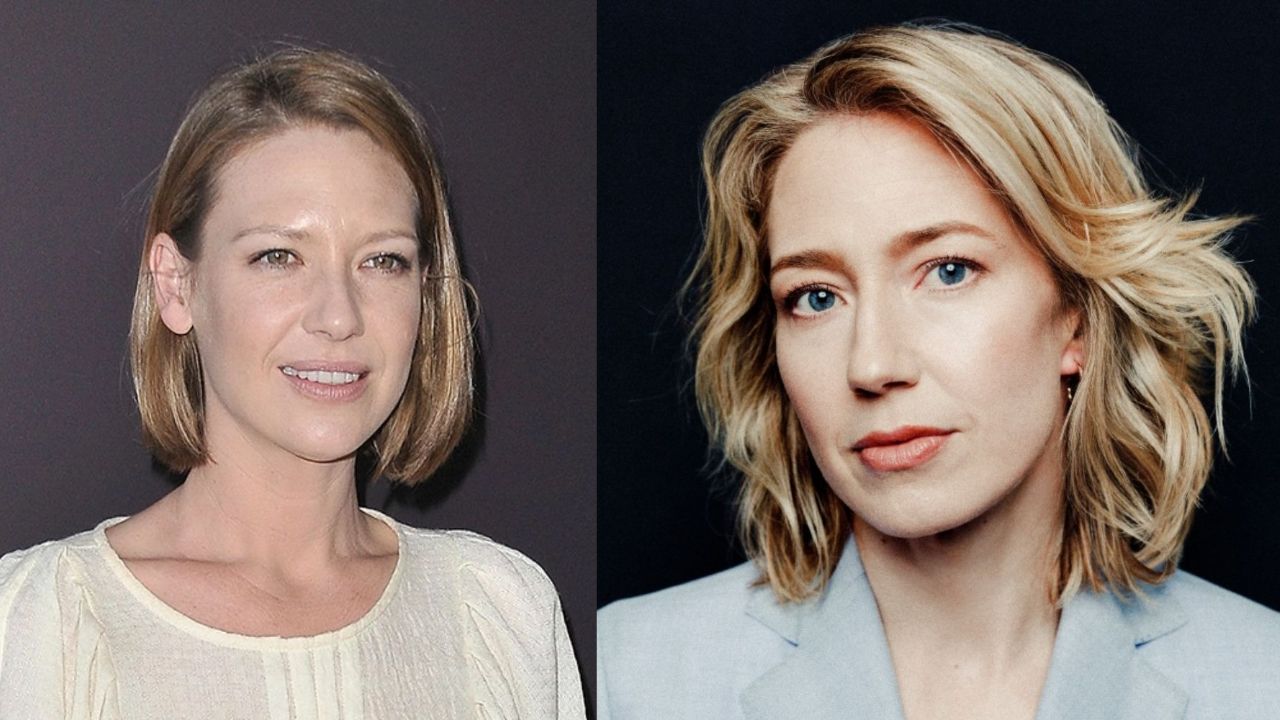 We can’t deny the fact that Anna Torv looks like Carrie Coon. The two actresses look as if they are a twin when they have blonde hair. However, they are not related to each other. Many people even believed it was Carrie who was playing the role of Dr. Wendy Carr in Mindhunter (2017). Later, Carrie tweeted that it was Anna playing the role.

The Last of Us, a highly regarded action-adventure PlayStation video game, has been ranked among the top games ever since its debut in 2013. The post-apocalyptic world of the video game has now been adapted into a nine-episode HBO Max series of the same name, and it’s taking on an interesting life of its own.

The series follows ruthless smuggler Joel Miller (Pedro Pascal) and 14-year-old orphan Ellie Williams (Bella Ramsey) as they navigate the aftermath of a fatal brain sickness that has already wiped out the bulk of modern society in a post-apocalyptic America 20 years in the future. Neil Druckmann, the game’s original writer and director, is in charge of the adapted series, which accurately recreates the playable characters, gripping plot, and musical score.

While only one episode of the series has been released so far, the cast members are already in the spotlight. Similarly, many people believe Anna Torv, who plays the role of Tess in the series, just looks like Carrie Coon. As a result, many people wonder if they are related to each other. Well, let’s find it out.

Anna Torv Looks Like Carrie Coon, However, the Two Actresses Are Not Related to Each Other!

No doubt, Anna Torv looks just like Carrie Coon (@carriecoon). The two actresses look as if they are twins. In fact, it’s not the first time people have been confused about who really is the cast of The Last of Us. Yes, some people even believe it’s Carrie rather than Anna who plays the role of Tess in the series. However, that’s untrue. Also, Anna and Carrie are not related to each other.

Back in 2017, many people congratulated Carrie Coon for her performance of Dr. Wendy Carr, an academic psychologist with a thing for stray cats and jumbo-sized glasses of white wine, in Netflix’s Mindhunter. However, it later turned out that it was Anna rather than Carrie, who played the role. Many people congratulated Carrie for the performance and she had to take over her Twitter to clarify the confusion as she tweeted,

Of course, there are many people around the world who we get confused with because of their similar physical appearance. In the case of Anna and Carrie, it’s their hair rather than their facial structure. Anna had rocking blonde hair when playing the lead in Fringe (2008-2013). She kinda had the same-looking hair as Carrie those days. However, the two stars are not related to each other, as mentioned above. Now that you have your answer, let’s get to know more about the two actresses.

Anna Torv, who is mostly recognized for her role as Olivia Dunham in the television series Fringe, was born in Melbourne, Australia on June 7, 1978. She received nominated for the Critics’ Choice Television Award for Best Actress in a Drama Series and four Saturn Awards for Best Actress on Television for her performance in the series.

After playing Virginia Grey in the HBO miniseries The Pacific, Torv acted as a ruthless traffic officer in a CollegeHumor Original. In the 2014 release of the Heavenly Sword movie, Torv returned as Nariko. In the Netflix program Mindhunter, Torv was given the part of Wendy Carr, an FBI consultant, in March 2016. And in July 2021, it was announced that she would be playing the role of Tess in the HBO post-apocalyptic series, The Last of Us.

On the other hand, Carrie Coon, who is best known for her roles as Nora Durst in HBO’s supernatural mystery thriller The Leftovers, Gloria Burgle in FX’s anthology series Fargo, Vera Walker in The Sinner, Meg Greenfield in the political drama The Post, and Proxima Midnight in the Marvel Cinematic Universe, was born on January 24, 1981, in Copley, Ohio, USA. She is also a very active theater performer who was nominated for a Tony Award for the 2012 production of “Who’s Afraid of Virginia Woolf?”

Coon, an Ohio native, graduated from the University of Wisconsin-Madison with an M.F.A. in acting. She appeared on TV for the first time in an episode of the 2011 season of the drama series The Playboy Club on NBC. Three years later, she made her cinematic debut in David Fincher‘s suspenseful drama Gone Girl. For her work in Fargo, Coon was nominated for a Primetime Emmy in the category of Outstanding Lead Actress in a Limited Series or Movie. She also worked as a producer’s assistant on the comedy-drama Lost Colony in 2015.

Rauw Alejandro en Sky Rojo: What Role Does He Play in the Series? Read More